…once a political and linguistic battleground, now every wanderer’s, cyclist’s and nature lover’s dream! This rural region is situated in the far eastern part of Belgium, in province Limburg, and consists of six small villages* lying at a stone’s throw from the Belgian-Dutch border yet still close to major cities as Liège, Aachen and Maastricht.  Its location nearby rivers Rhine and Meuse, the landscape and soil have always attracted many to exploit: the Romans did, even traces back to prehistoric times can be found…Over the years however nature, the unique character, position and its advantages rightfully took the upper hand for this region…who cares which language is spoken when there is so much to enjoy and discover…

St-Martens-Voeren is dominated by the tall ( 23 metres) railway bridge. It is part of the rail connection Tongeren-Aken, mainly used for freight transport and was built by the Germans in World War I.

As in most of these tiny villages, the church building dominates and in this case also the starting point of hiking route ‘de Bronnenwandeling’ which was chosen most beautiful hiking trail in Flanders in 2012.

No exploring on an empty stomach though, Hoeve de Bies is ideal for any short or longer hungry break and when in Limburg of course, the typical ‘Limburgse vlaai’ is all around…resistance is futile!

It was the tiny hamlet of Veurs (Sint-Martens-Voeren) that stunned us most during our little trip. This particular area is known for its concentration of typical timber frame houses. It is home to some extraordinary fauna and flora, mixes tree orchards and small forests and it’s oh so quiet…big like! 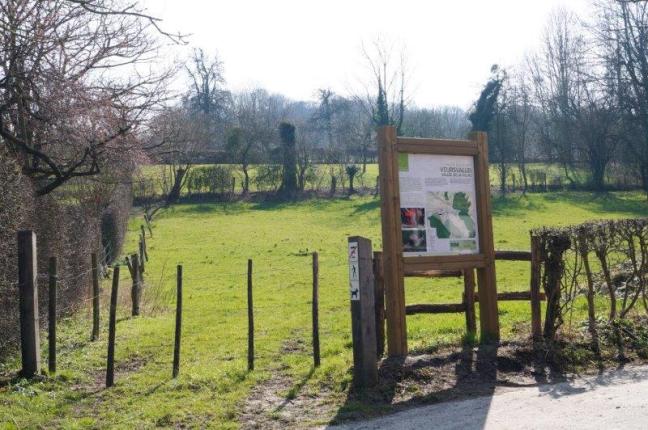 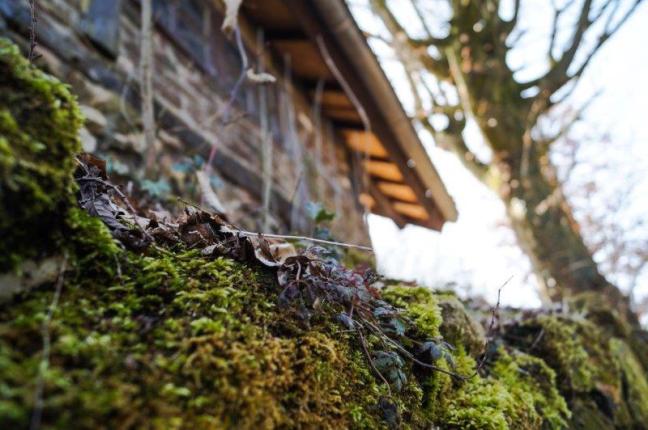 Sint-Pieters-Voeren is the smallest of the six ‘Voer-villages’, with fewer than 300 inhabitants, and best-known for its Commanderie. This castle belonged to the German Knights Templar until the French revolution. The current building was constructed in the beginning of the 17th century in the so-called ‘Meuse-region Renaissance-style’.

In the park of the castle lies the spring  that provides the ponds and the Voer river with water at a ratio of some 3000 litres per minute. In these surrounding ponds trout and sturgeon are bred which is a true delicacy and is on the menu at the local on-site brasserie and many of the local restaurants.

We had our feet up and enjoyed a lovely little ham and cheese snack at Gasterij de Commanderie opposite the castle.

Perfect way to end this little pre-Spring ‘tourist in own country’ trip and look back on the lovely landscapes and walking routes we discovered along the way. This definitely tastes for more, litterally, as there are some outstanding winehouses in this region as is the nearby abbey of Val-Dieu and its beer of the same name, needless to say we’ll be back!

Next post I’ll take you along to Maastricht, just over the Belgian-Dutch border and easily to combine with a Voerstreek visit!

Short intermezzo on the travel flashbacks and planning future trips as nature’s golden age reigns in full glory these days…though every reign has it’s enemies and Winter is coming…time to step outside and go treasure hunting: Autumn has decorated ground with fragile bits of loosened gold!

This giant stands in the back of our garden, well actually, our neighbour’s garden, but it spreads out and covers four gardens easily…and I never have a lack of pinecones!

‘Dreams come in a size too big, so we can grow into them’

Wishing on a star? A golden one…surely those dreams must come true now! 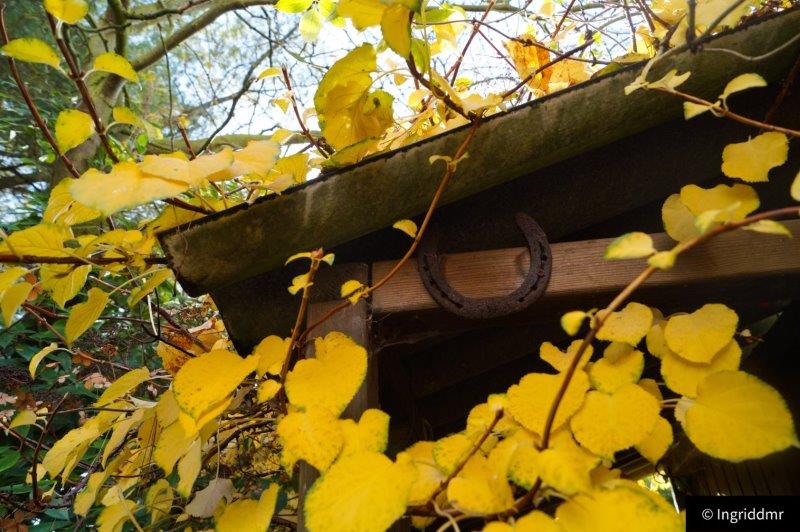 Just in case the ‘wishing on a star thing’ doesn’t work out…still have this one!

‘I am rich today with Autumn’s gold’

Hope you enjoyed our little golden tour, fyi most photos are shot in our garden.

Step outside and immerse yourself in golden and rusty hues!