Time to wrap up the Valletta series! In this third and final post you can follow in our footsteps, or wheels, as I take you around a Three Cities tour and more extensive visit of Birgu/Vittoriosa, so buckle up, we’re off!

‘The Three Cities’ is a general description of the three fortified cities of Birgu, Senglea and Cospicua. With Birgu the oldest one, existing since the Middle Ages, the other two cities, Senglea and Cospicua, were both founded by the Order of St John in the 16th and 17th centuries. Each city goes by two or more names, the one before or after the Great Siege.

It’s day four of our Valletta trip and though our Airbnb is located in Birgu/Vittoriosa we still haven’t actually explored this side of the water. To cover all three cities, four if you include Kalkara, by foot would take us too much time and kill my back so we hired some wheels to the rescue…not just a car…you can drive that at home too, right?! We went for a Rolling Geeks ride. A cool (bottled water inclusive) and relaxed (just enjoy the ride) way to explore…Think a pimped golf cart and you kinda get the picture…Belgian owner Kris or associate are around to give you detailed info on what to expect: basically you drive your own electric funky car, there’s a pre-programmed gps, language of your choice and your on-board gps tourist guide tells you where to stop, get out, admire the view and all relevant historic details. 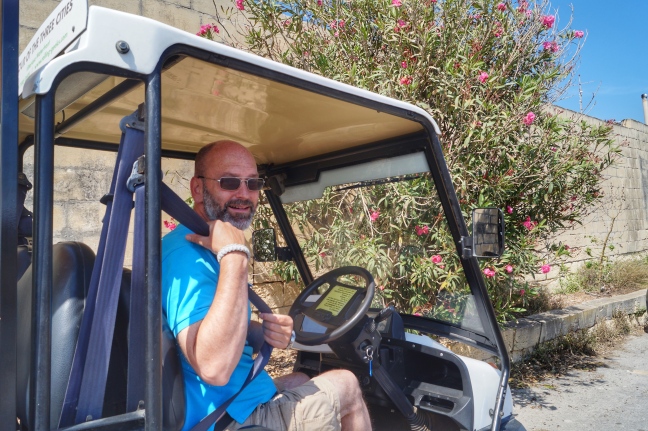 In about two and a half hours the tour takes you on a 17km ride from Birgu Waterfront to Kalkara, Senglea/Isla and Cospicua/Bormla. There’s enough time to take a stop and have a (non-alcoholic) drink (remember you’re driving) and if you should take a wrong turn, the gps corrects and Big Brother Kris and team are also tracking you…only seconds after your wrong turn you will get a call guiding you quickly and safely back on track. It’s hands on the wheel and eyes on the road…but you absolutely want to take selfies during the tour? No problem, the built-in camera does that for you…cool, right?! Enough talking, what do you get to see on this tour?

Malta forms perfect decor for many movies and its versatily is a great asset. Even when movie plot shows a completely other city, it may well be filmed in Malta…large parts of the movie ‘Munich’ for example were actually filmed at various locations on the island, standing in for scenes in the movie that play in Tel Aviv, the West Bank, Beirut, Cyprus, Spain, Athens and Rome! Want to keep track of the filming tours or upcoming projects, then keep an eye on Malta Film Tours 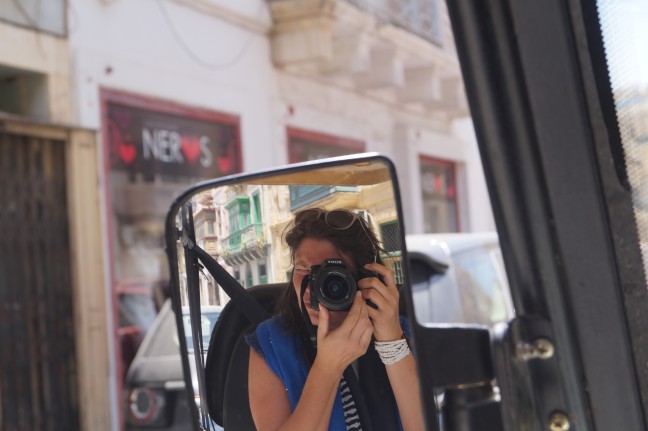 From Senglea and its viewpoint Il-Gardjola you get wonderful vistas on the harbour and Fort Sant Angelo. 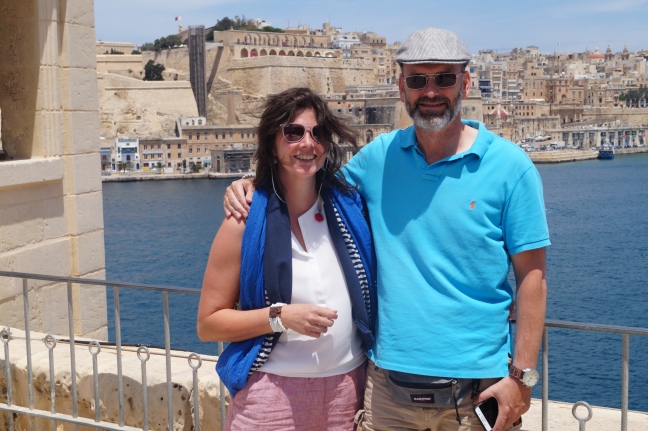 The tour also brings you to the Cottonera Lines, a massive construction of fortifications, built in 17th century, with major aim to protect the Three Cities. The British later on expanded with Fort Verdala. What used to be fort barracks are now houses and apartments. 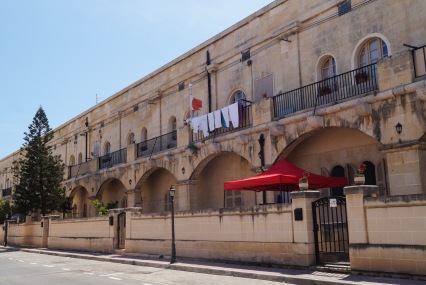 Further on the route: plenty of picturesque and colourful buildings… 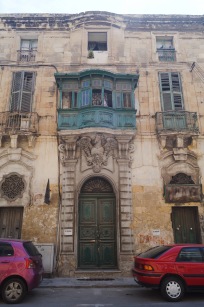 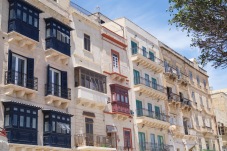 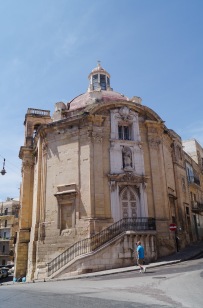 The tour ends where started: at Vittoriosa/Birgu Waterfront…time for that drink now, what do you think?!

Before Valletta was the island’s capital, Mdina was…and before Mdina, Birgu was…The Knights of St John renamed it ‘Cittá Vittoriosa’, meaning ‘the victorious city’. These days this is shortened to ‘Vittoriosa’. 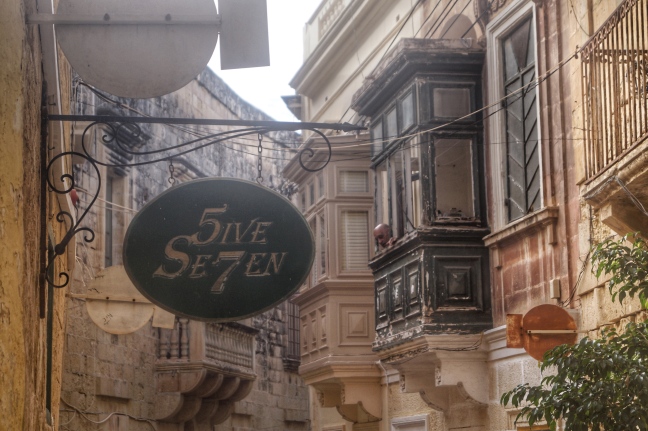 Our strolls were followed by a little dghasja harbour cruise to get in those phenomenal views from the water, and to be honest, to cool down too…when temperatures are high nothing beats the sound of splashing water and wind in the hairs! 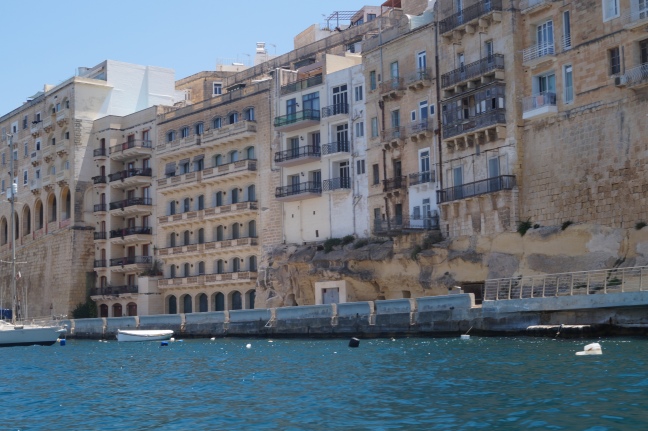 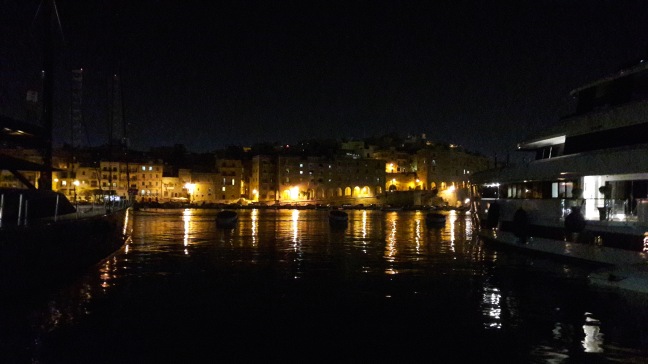 The final day of our trip, well half a day, left us just enough time to join a historic re-enactment group as Fort St Angelo stepped back in time to when it was under French occupation….

The central location of the medieval fort in the Grand Harbour offers spectacular views and was in history of extremely strategic interest. It played an important role during the Grand Siege and was headquarters to the Grand Master of the Order. According to legend it is built on site of a fortified Roman settlement. 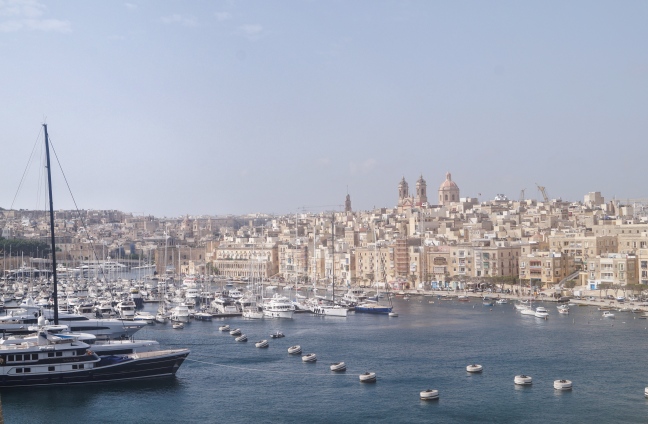 Such fun watching those ‘soldiers’, ‘salesmen and women’ marching towards the Fort…though in that heat in full gear and costume…you must admire their passion… 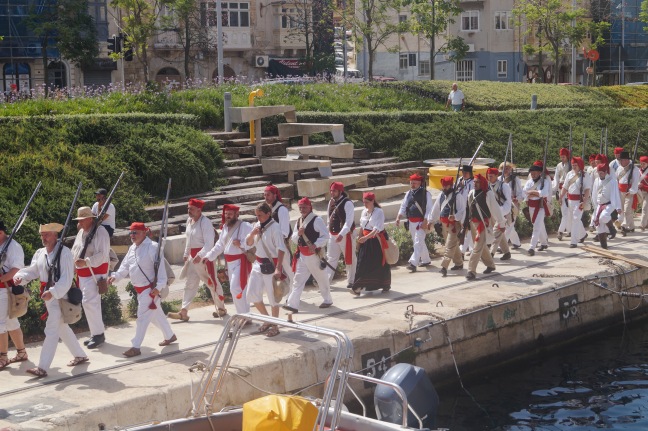 All work and no play?? Euuh, obviously not always… 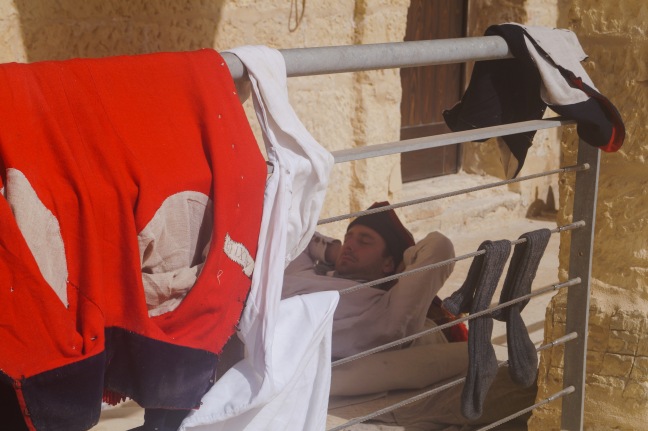 Well, it’s a wrap, this five-day Valletta trip…Hope this post and the two previous ones Valletta 2018: the culture trip and Mdina: the silent city of King’s Landing…give you an impression of what to expect when heading to Malta’s capital…if you ask me, a more than worthwile citytrip destination, we had a blast!

Until we meet again 😉 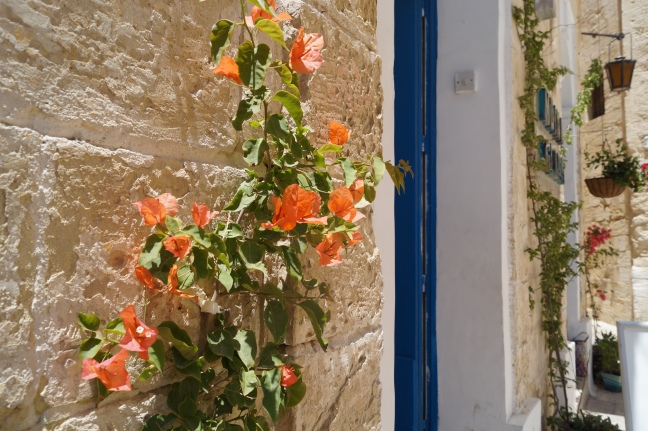 On day three of our recent Valletta trip we decided to visit the ancient walled city Mdina (m-dee-na). It is Malta’s former capital and lies high on terraced fields, dominating the island’s surrounding skyline. If you feel some ‘Game of Thrones’ vibes upon entering through city gate, that’s because the gate and other locations featured in season one of the popular series…welcome to King’s Landing… 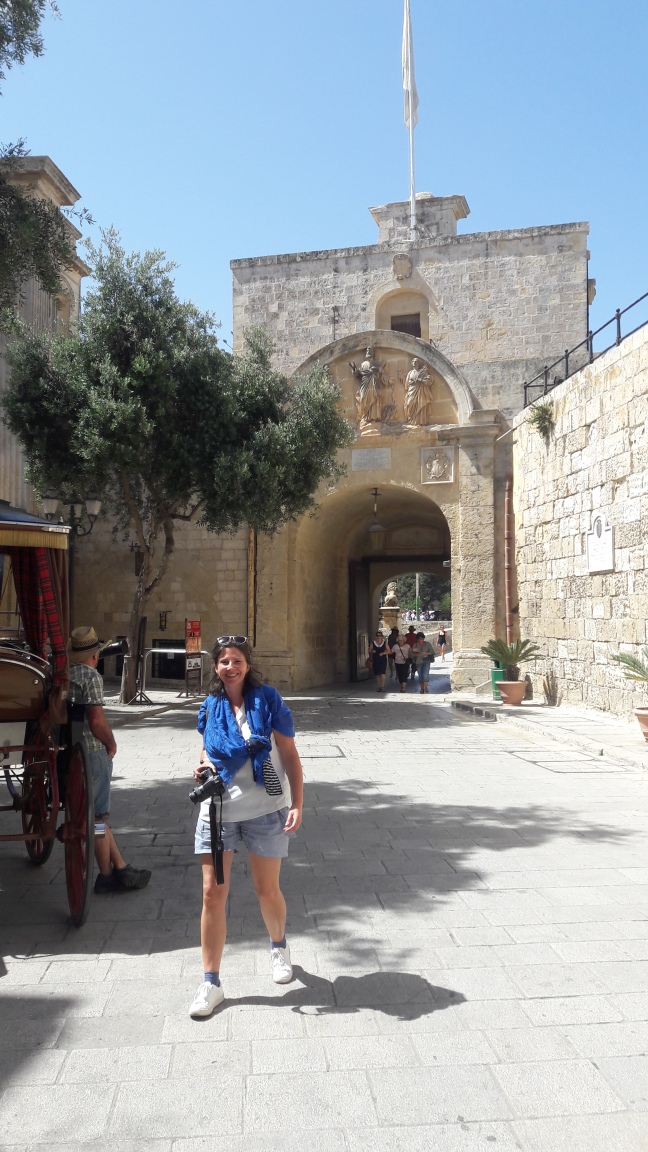 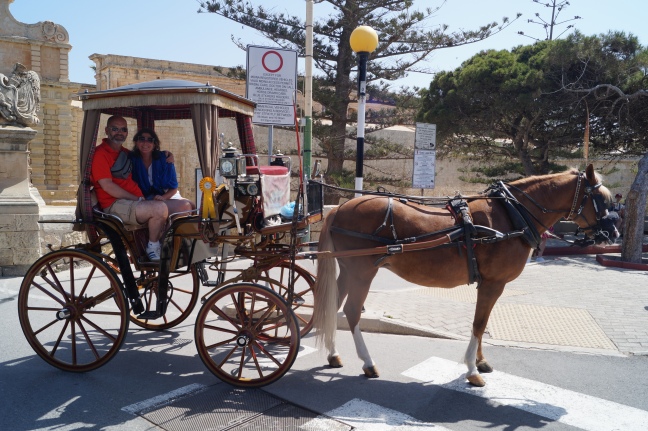 In the GoT series Mdina city gate represents one of the entraces of King’s Landing.

Mdina is easily accessible by bus and the ride takes about half an hour, depending on traffic, dropping you off at the garden opposite the entrance gate.

Through course of history Mdina went by different other names: it was founded ‘Maleth’ by the Phoenicians and renamed ‘Melite’ by the Romans after the honey the island was famous for. Under rule of the knights of Order of St John activities switched to the newly built Valletta and Mdina therefore lost its capital status.

The current and still used name is derived from the Arab word ‘medina’, though it also goes by its nickname ‘The Silent City’ and ‘Citta’ Notabile’, with the latter probably the most accurate to this date: the noble families that once lived within city walls are replaced by about 300 noble and lucky inhabitants with security cameras closely monitoring the entering cars and their drivers.

St-Pauls Cathedral is a baroque church dedicated to apostle Paul. Under each bell tower is a clock: the right one being a normal one telling time, the left one showing date and month, though legend says the two clocks were to confuse the devil. The church was destroyed during the Sicilian earthquake of 1693 and had to be rebuilt completely. 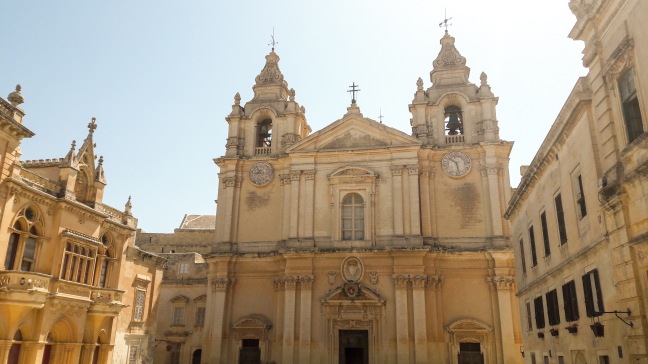 Meanwhile some mingling with the locals… 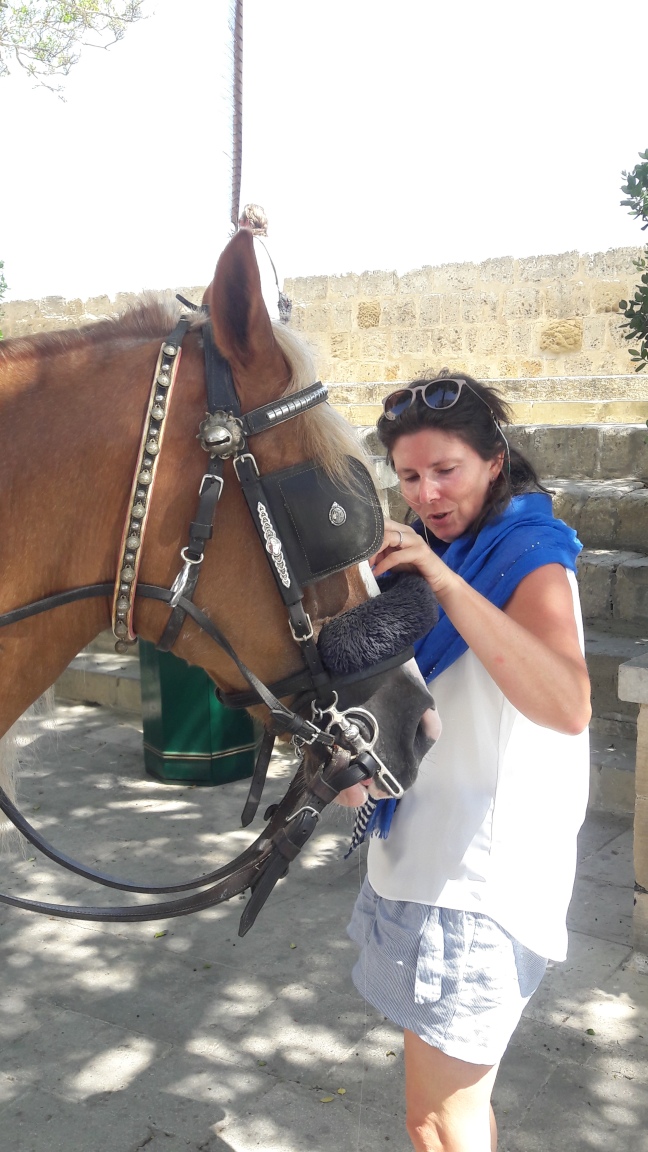 Another GoT filming location, Littlefinger’s brothel… 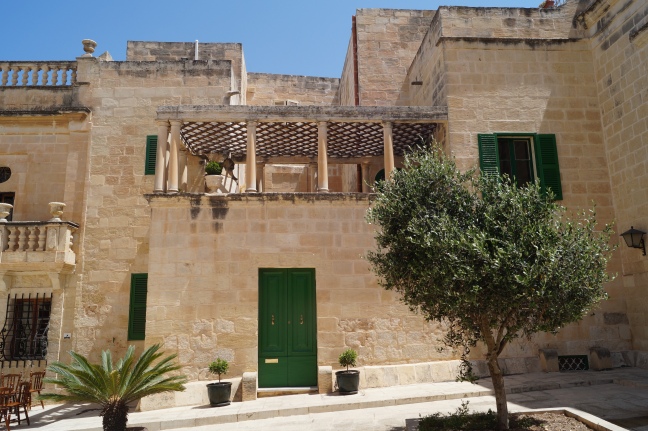 No walled city nowadays without souvenir shops…Mdina is famous for its glass, used in jewelry and deco items…

We had lunch at Trattoria 1530, part of the Xara Palace Relais&Chateaux hotel and located in one Mdina’s lovely picturesque squares…by the way, can you spot our little lunch companion? 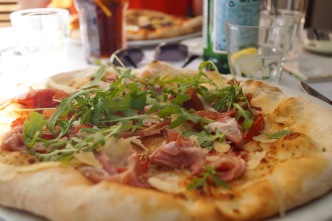 can you spot our little lunch companion?

re-fueled we again hit the winding and narrow streets… 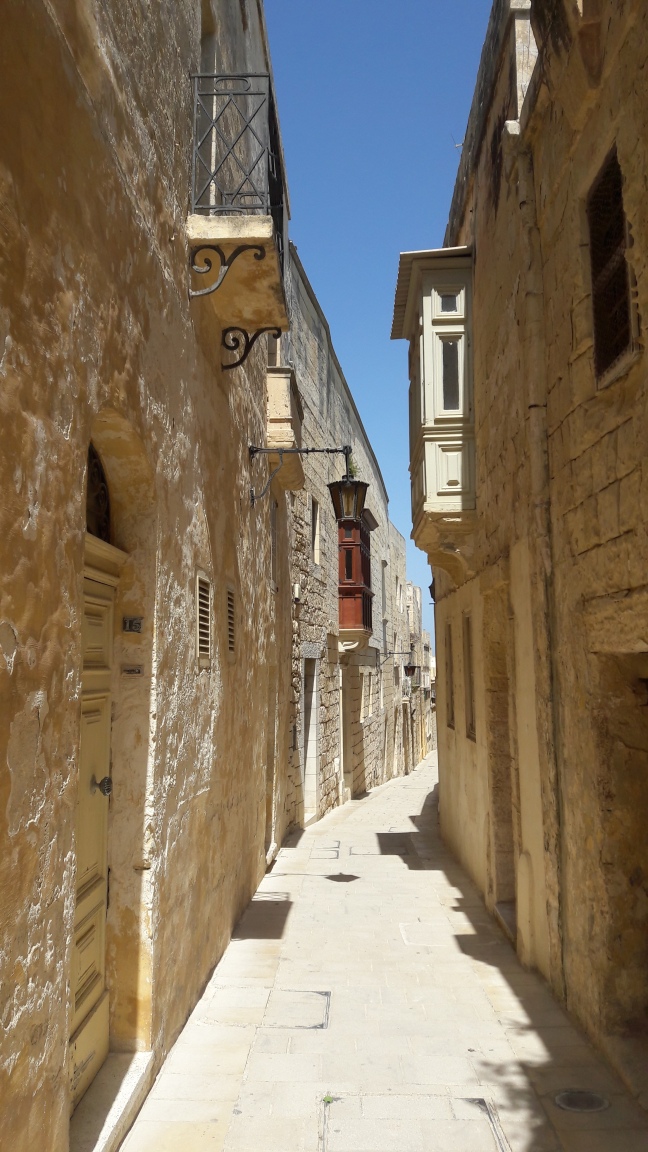 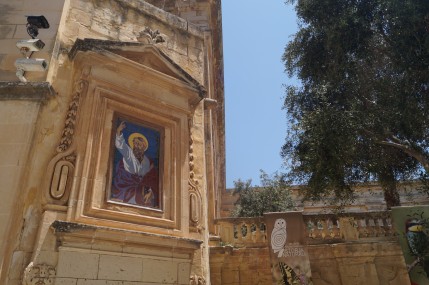 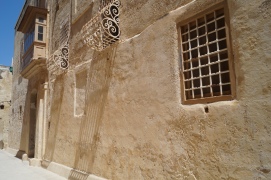 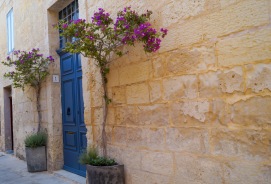 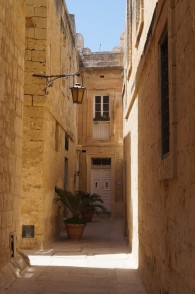 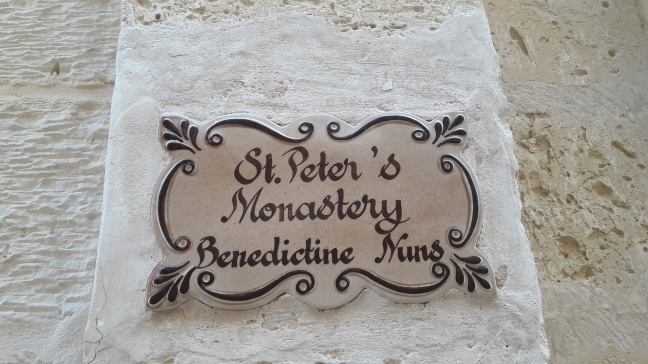 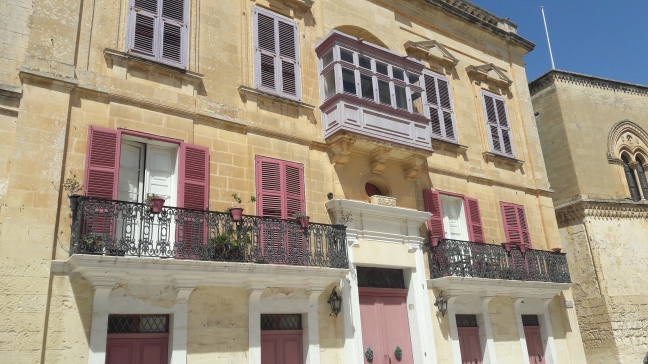 Join me next time for the final part in this Valletta-series where I’ll take you around a fun ‘Three Cities’ tour.

for part one of this blog series covering Valletta itself click here Valletta 2018: the culture trip

Join 196 other followers
Follow The Back Road Chronicles on WordPress.com